Many years ago a study was published looking at the addition of a final set of a very low load weight after several sets of conventional training.
In the study, the subjects initially did 5 sets of 90% RM knee extension, with 3 min rests. This was generally about 5 reps per set.  Then as a last set after just 30 seconds rest, they performed to failure either the same weight (90%), 70% 1RM or 50% 1RM(the low load). 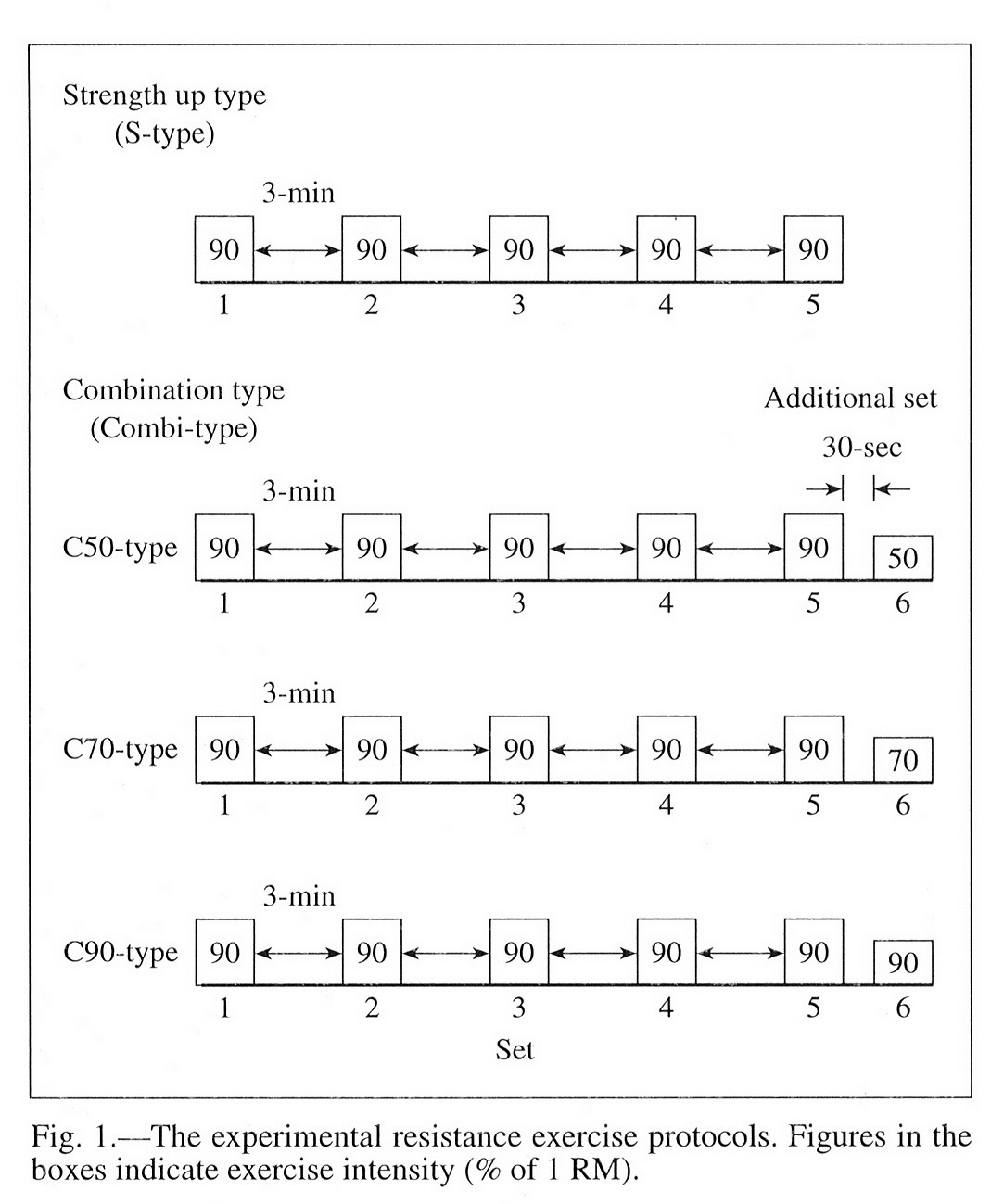 The number of reps completed on that last supplementary set (6th set below) was very variable as expected but each group was able to complete near expected numbers.

Now comes the interesting part.  The best growth hormone boost compared to the standard routine (just the 5 sets, with no addition) was seen in the low load group: 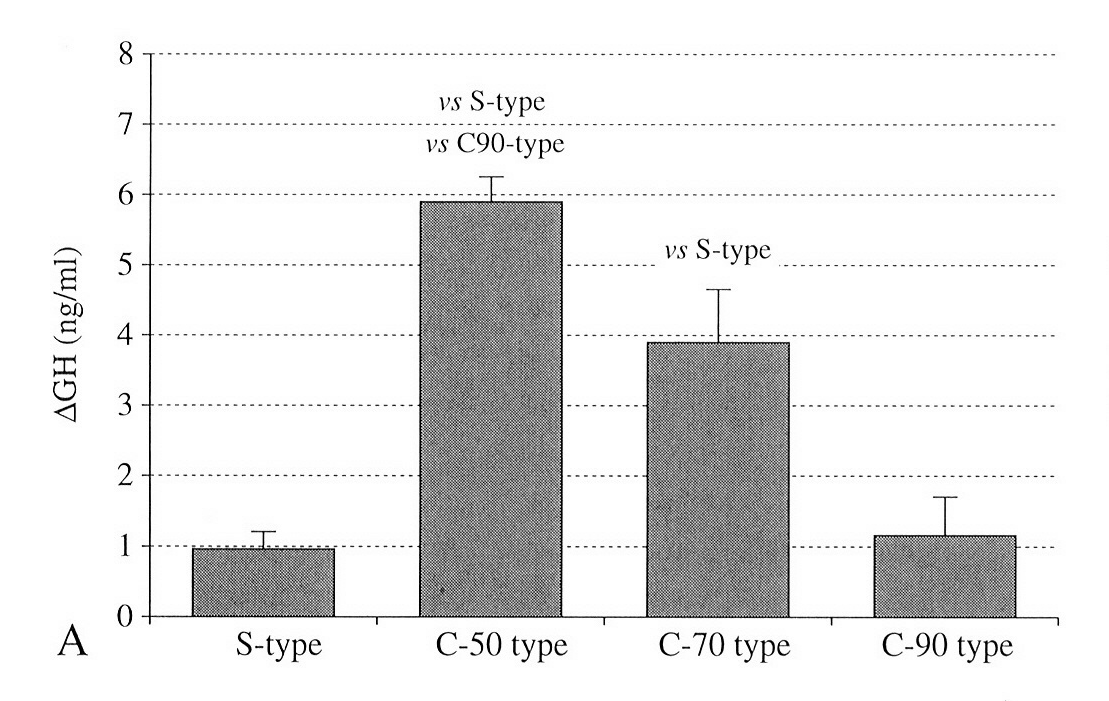 So it would seem that a set to failure of a low load shortly after a conventional training routine may be beneficial to the hormonal stimuli of muscle building.
Over the years, not much more came of this line of thinking until recently.
The study looked at outcomes of leg press/leg extension with different drop set, traditional and pyramid protocols.  One leg was trained conventionally and the other leg was the experimental method.
The traditional group used 3-5 sets of 6-12 RM loads with 2 min rests.
The reverse drop set (called a crescent pyramid) started at 65% 1RM and rose to 85% on the last set.
The drop set group started at 65% 1RM and had 2 "drops" of 20% each by the last set.
Total volume was equalized between legs.

Maximal strength gains were no different across methods

Cross sectional muscle area was also no different across methods:

The conclusion, quoted from the paper:
CP and DS systems do not promote greater gains in strength, muscle hypertrophy and changes in muscle architecture compared to traditional resistance training
On first glance, one could be disappointed that the drop set light load group did not fare better.  But a couple of thoughts.


A recent study looked at the muscular gains in a group of Australian football(soccer) athletes who trained with either conventional loads + cuff restricted low loads vs conventional loads + non-cuff restricted low loads.  So both groups basically did the same training (heavy and very light) but just differed in whether they had cuff restriction or not.  If our premise is correct, that low loads will provide adequate ischemic conditions, the cuffs should not matter.  The results bear that out:

The study conclusion was that additional blood flow restricted exercise was not helpful in the outcome of the measured parameters(sprint, jump, 3RM, endurance).  But, one could also conclude that the cuff effects were just not necessary for reasonable muscle ischemia training.
In other words Kaatsu/BFR was equal to just low loads without external compression.

Now the fun part:
Given the 2 studies above, I set out to look at muscle oxygen saturation, during a combined conventional and light protocol of my own.
The first exercise is the pulldown
It consisted of 3 sets of 7-10 RM, 3-5 min rests (with some circuit training between) followed by a 1 min rest then a set to failure of the typical low load (35-50% 1RM). Sensor on lat dorsi 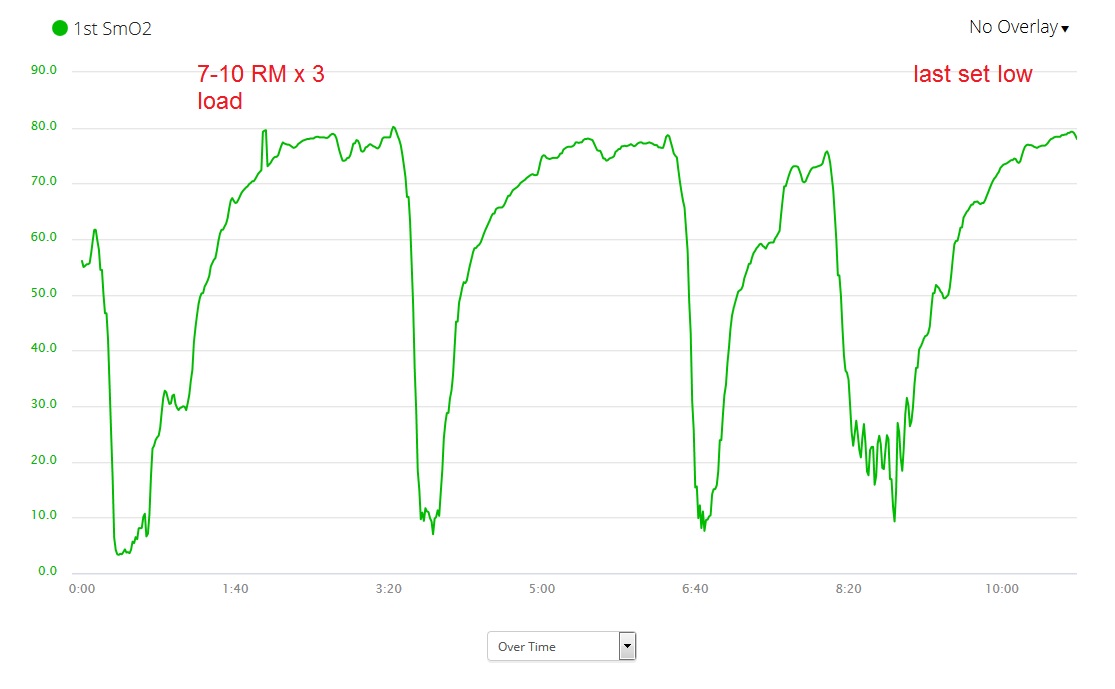 
The next trace is doing the Lateral Raise, (full can-thumbs up), sensor on deltoid.  I did not include the first 2 sets, just the last 2 - about 13 reps of 20 lbs, then 10 lbs to failure.  I included the total Hb trace as well since it shows excellent muscle compression effects on overall blood volume. 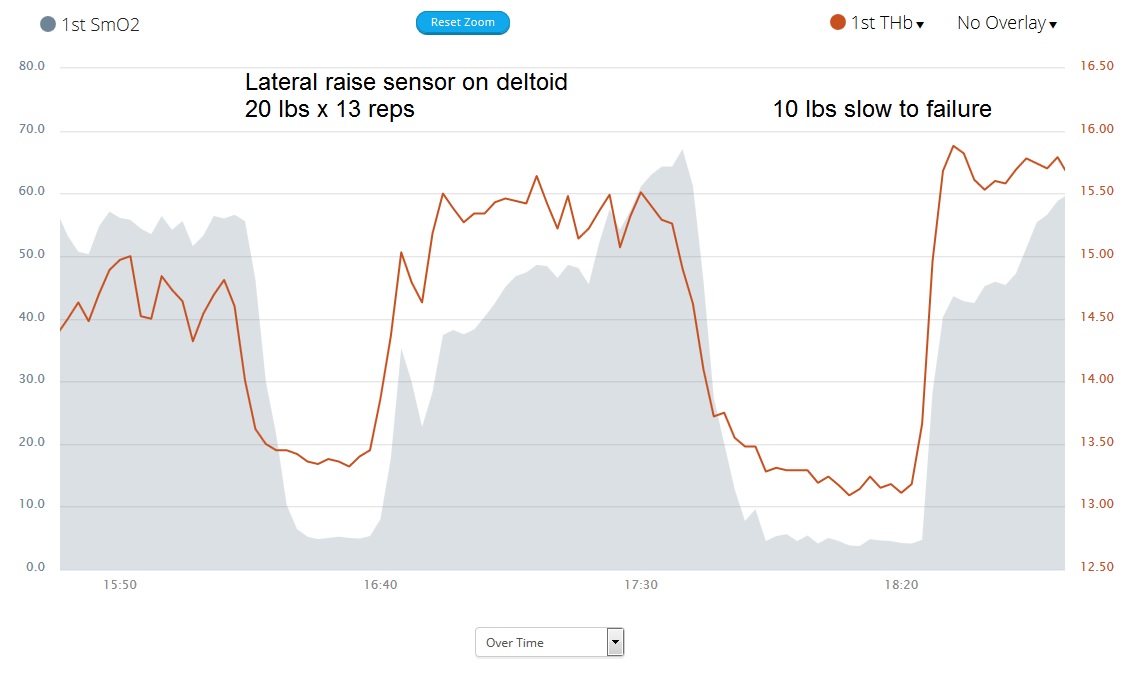 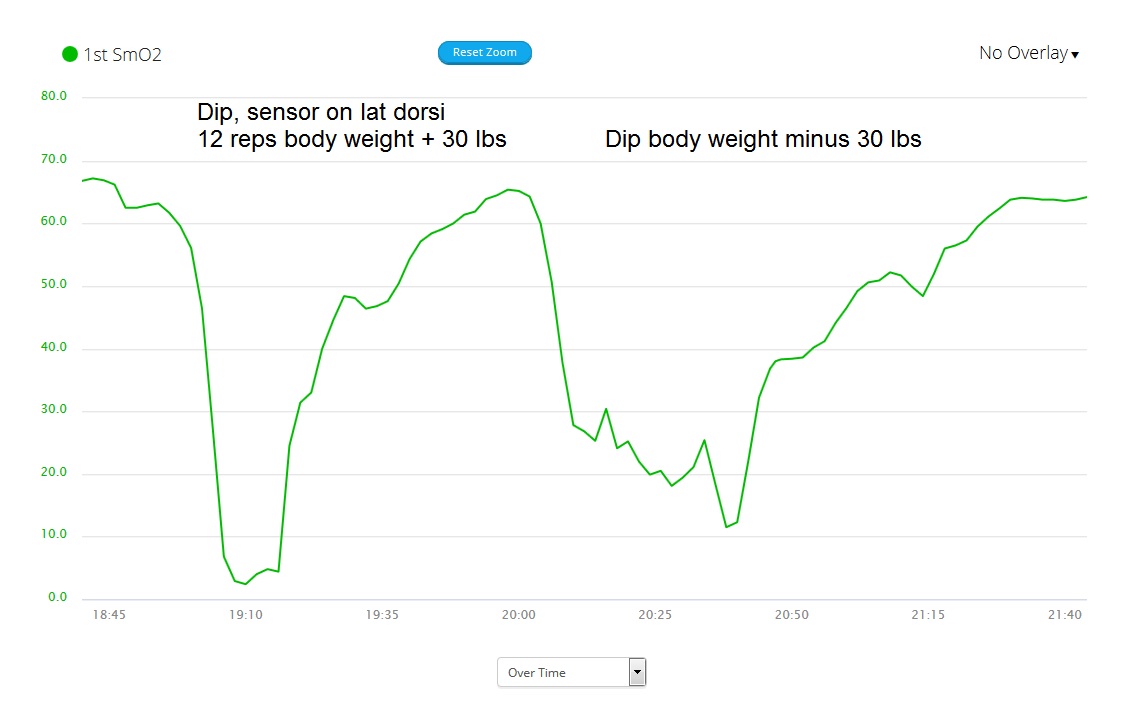 Again, oxygen drop is not as deep but it is present and of longer duration since the low load set lasts so much longer.