With the recent interest in using the DFA a1 HRV index to determine aerobic thresholds, follow exercise intensity and the use of real time DFA a1 output from HRV Logger, I've decided to put together a "frequently asked questions" list.  This is by no means totally inclusive and will be updated on a regular basis as new questions (and answers) come up.  Here we go...

I have an hour to listen to something but can't read the blog right now.

Can it be used to determine the aerobic threshold?

How accurate is it? 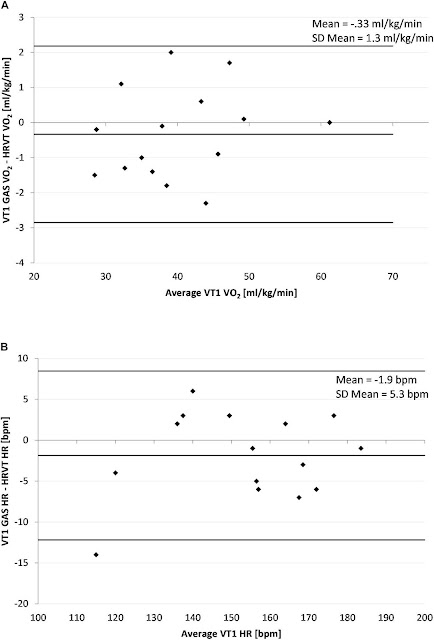 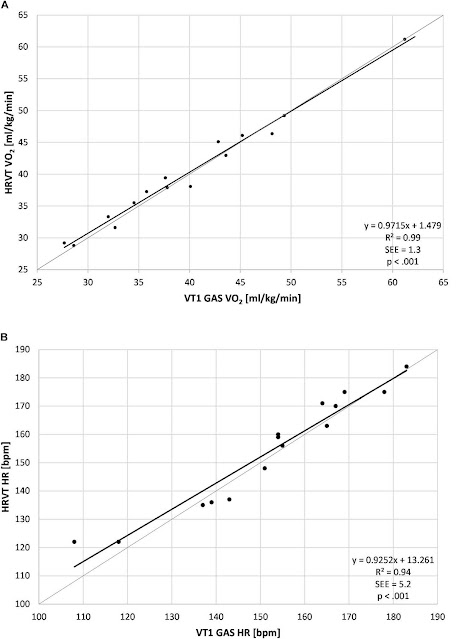 So what does this mean on a practical basis?  Anything with >6% artifact in the area of interest should not be trusted.  Since both the Kubios threshold correction method and HRV logger use similar techniques, 3% or less artifact containing data will provide reasonable HRVT accuracy.  There is also a chance that 3-5% artifact containing data series will be fine, but you may want to re test yourself.  The effect of missed beat artifact on DFA a1 is to artificially raise the computed value at low DFA a1 ranges (not high ranges).  For example, if the DFA a1 was .5 with no artifact, after adding 6% missed beats with correction (by Kubios), the software will output .65 +-. 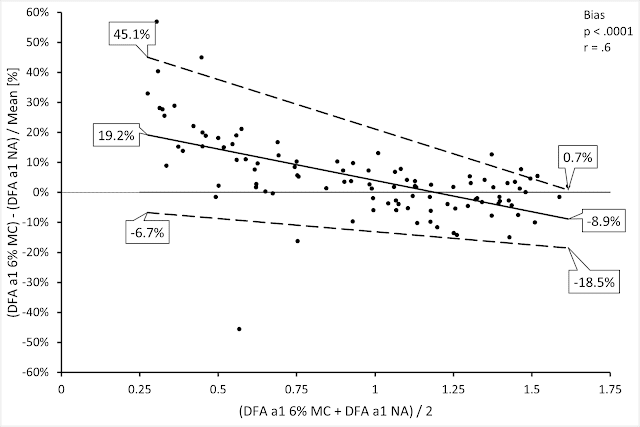