Just his past week, Marco Altini a prominent HRV advocate and researcher created a python based process to take an RR data series and output DFA a1/HR related values.  Although python is not part of my skill set (as in the old Star Trek line - "I'm a doctor not a ...."), some friends at Suunto happened to be working on something similar and we decided to take a look.  The idea was to test the "agreement" between the gold standard Kubios to that of a python derived DFA a1.  To do so we used the Polar H10 recorded running ramp from the prior post.  The RR time series was fed through a python based program with the following settings:

In summary, we have the same Polar H10 RR series, comparing Kubios (auto correction mode) with the Python method.  I'm going to comment up front that artifact identification and correction methods are going to be different.  This could have a major impact on DFA a1 values. 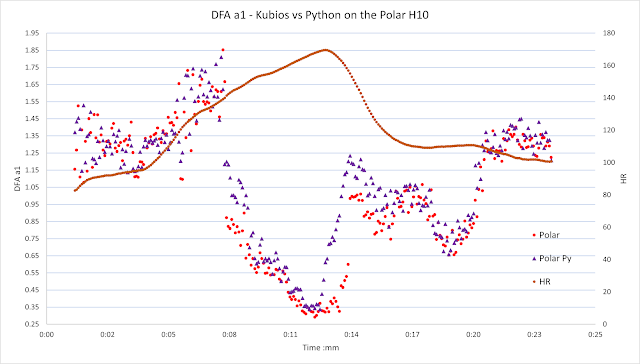 How does this look with regression analysis.  Here is a pair by pair plot of DFA a1 at all values: 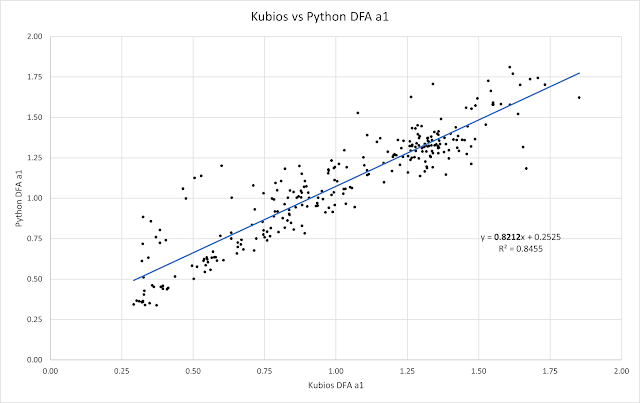 R squared is .85 which is decent (but not excellent) and the slope is .82 indicating possible bias.

This was confirmed in a Bland Altman analysis: 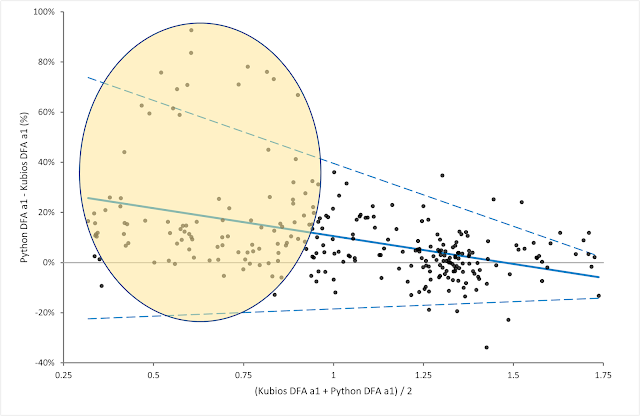 I circled the area of concern, at DFA a1 below.75, the bias (relative difference between paired values) and standard deviation (scatter) becomes much larger.  This could be related to a few more artifacts in this region (zero to 1%) or simply the underlying method of calculation.

Does the 20% bias at DFA a1 < .75 affect the HRVT (the VT1 related heart rate variability threshold)? 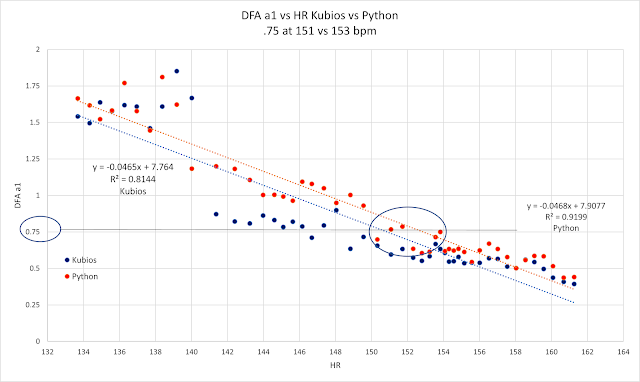 With the help of Marco Altini we now have another Python based implementation comparison.  He was kind enough to take the exact RR series as above and put it through his HRV software based process and send me the resultant DFA a1 values.  The following figures will compare the Suunto python method, Marco's method and of course the gold standard Kubios. 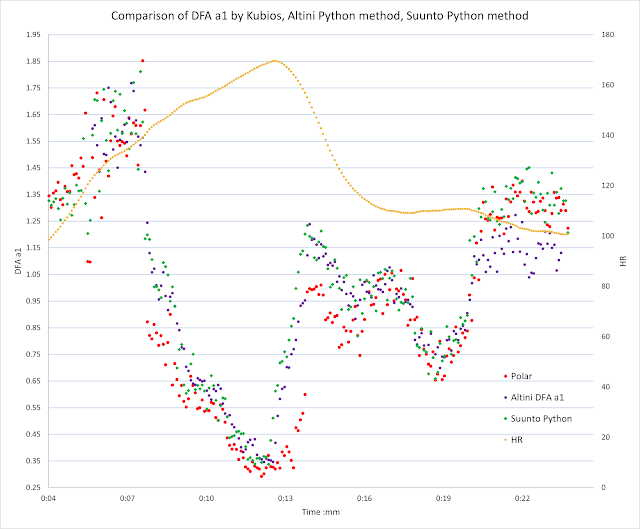 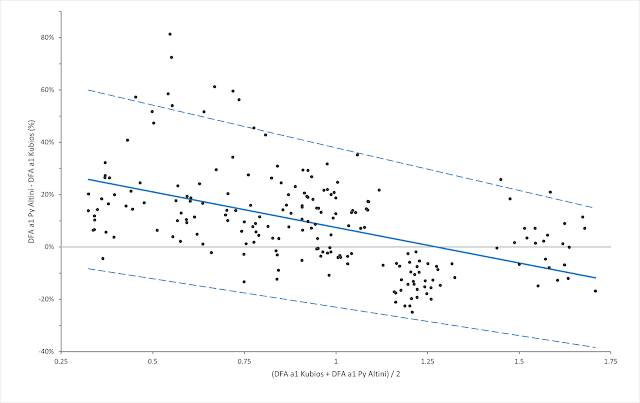