Continuing with the theme of respiratory rate tracking, this post will explore the brand new bonus feature of alpha HRV that tracks this metric.  Since Garmin has their own methodology in doing this, we will be looking at how they do side by side.  This will be a very interesting comparison for several reasons -

So truly, a David vs Goliath contest.

The testing details: The subject (me) wore the Hexoskin vest as the "gold standard" resp rate device.  This measures resp rate through chest/abdominal wall motion sensors and is quite accurate.  I also used the Movesense Medical ECG given it's great track record for ECG derived resp rate.  Lastly, the Polar H10 was worn along with the Movesense belt, recorded to the Garmin Epix 2 watch.  The watch was running alphaHRV in the cycling activity mode.  This way, both alphaHRV and the Garmin algorithms would do their own computation of resp rate based on RR intervals from the same device.

The test consisted of a brief warm up then a cycling ramp to near failure (15w/min rise using Zwift) followed immediately by 90 min in zone 1.  In this way we have a handle on ramp resp rate behavior for those who are interested in using this for zone demarcation purposes as well as a steady state long interval to demonstrate how the apps handle stable intensities.  AlphaHRV was set to a smoothing of soft and a window of 45 seconds.  Kubios was set to a window of 30 seconds:

As one can see from the above, the post ramp HR (blue) was remarkably steady for the next 90 min, no real sign of drift. 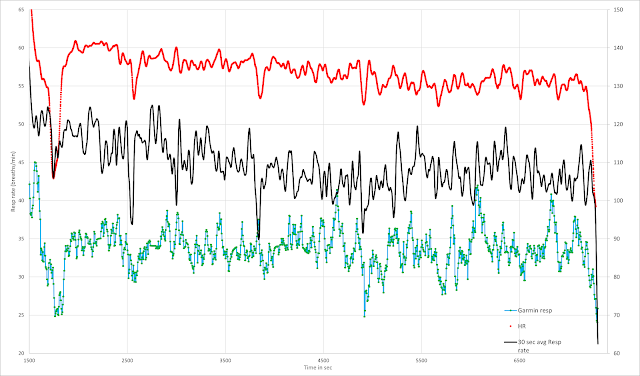 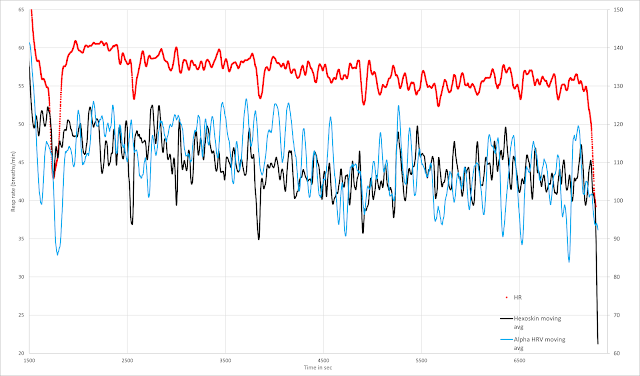 Kubios using RRs from the H10 (just like Garmin and alphaHRV does): 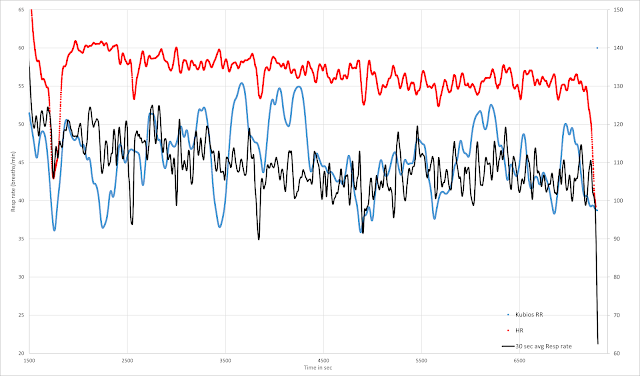 The Ramp (Hexoskin in black): 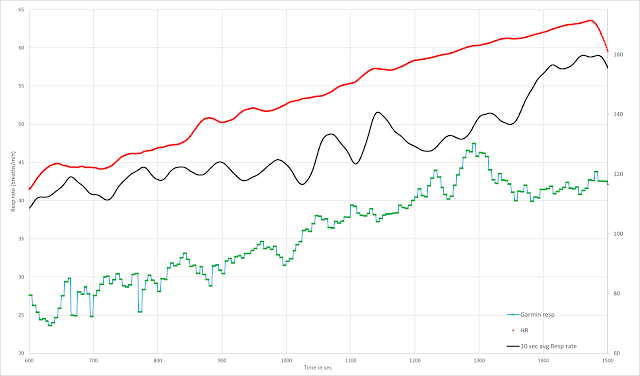 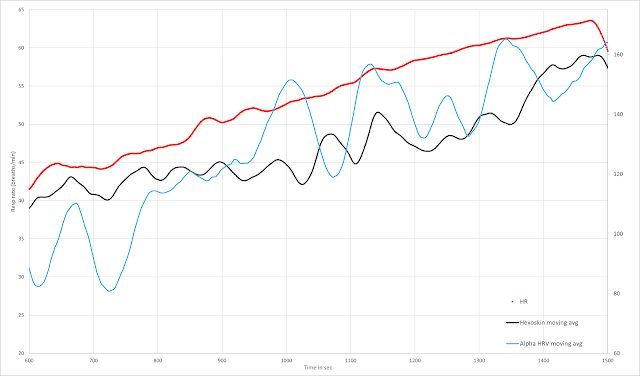 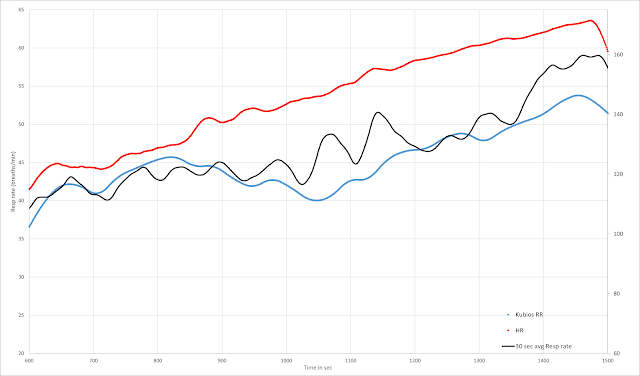 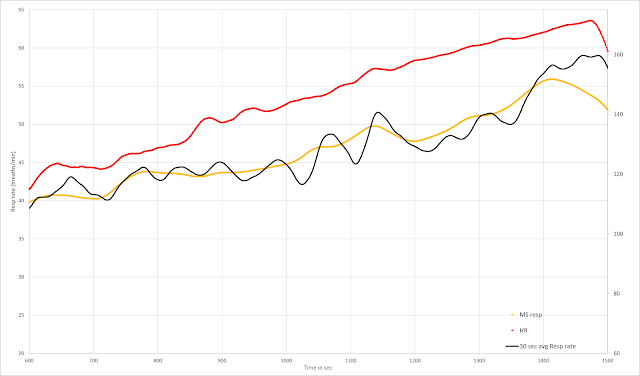 Correlation - here we plot Hexoskin on the X axis and each challenger on the Y.  The higher the R squared, the better the fit/matching. 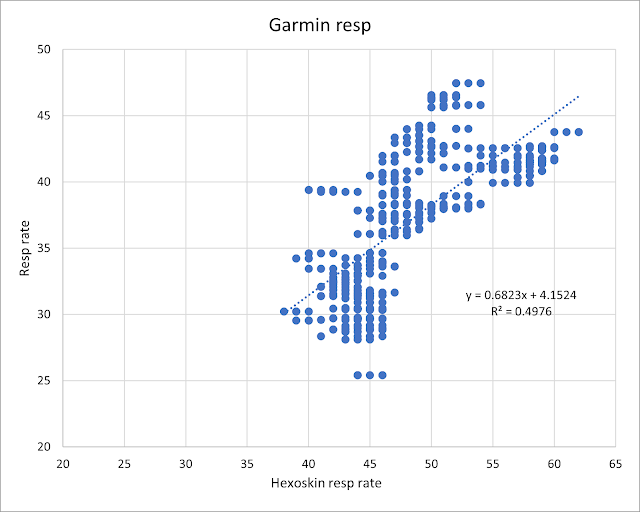 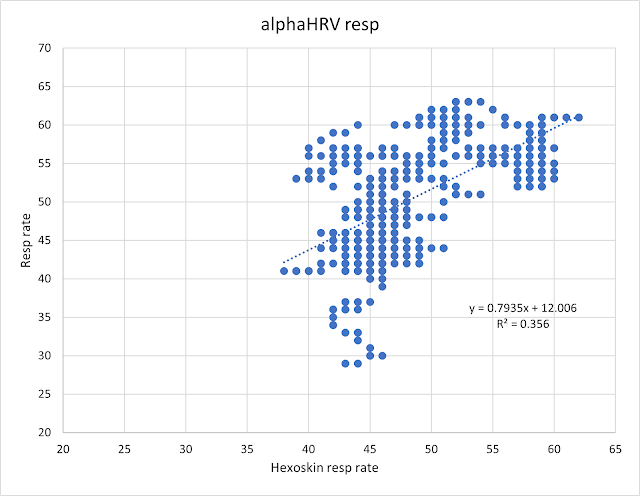 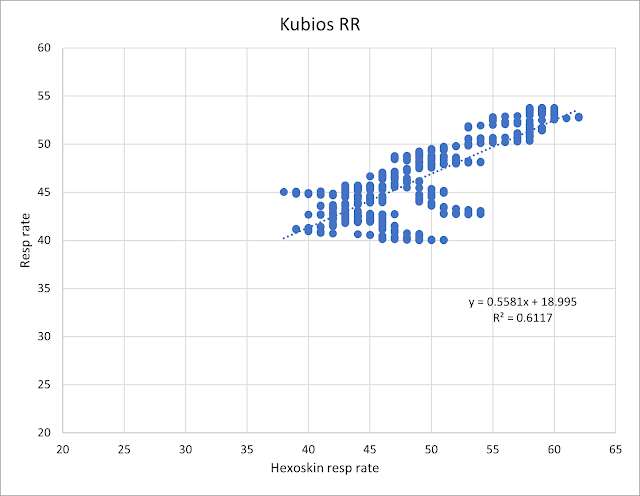 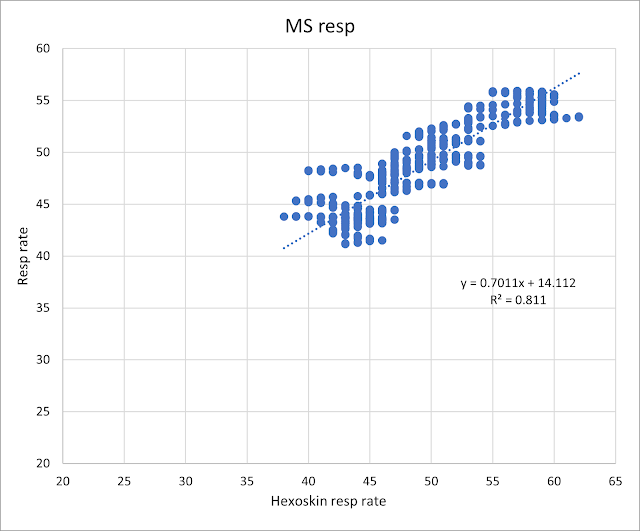 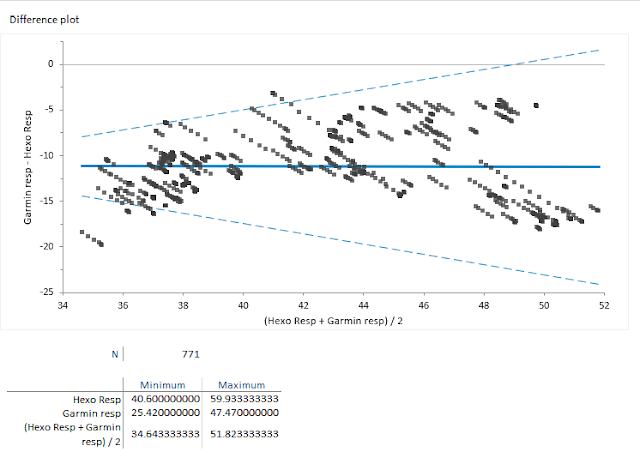 The Garmin data is shifted down about 12 breaths/min with very wide scatter - both facts attesting to it's poor agreement tot he Hexoskin.

Thus far we can see that the alphaHRV app does do a much better job of tracking resp rate than Garmin, but it's not up to the precision of Kubios RR methodology nor the ECG derived resp rate.

What about ventilatory thresholds?

The last type of analysis I would like to look at is how the ramp values looks when plotted as a 6th order polynomial.  Why?  A key study done by Cross et al. uses a 6th order polynomial to help calculate the first and second ventilatory thresholds using resp rate data.  Here is a figure from the study with a red arrow pointing to the 6th order curve: 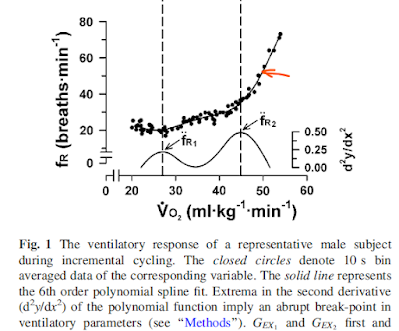 How do our various recording methods stack up with 6th order plotting?  I'm not going to look at the Garmin since the values have such an enormous bias. 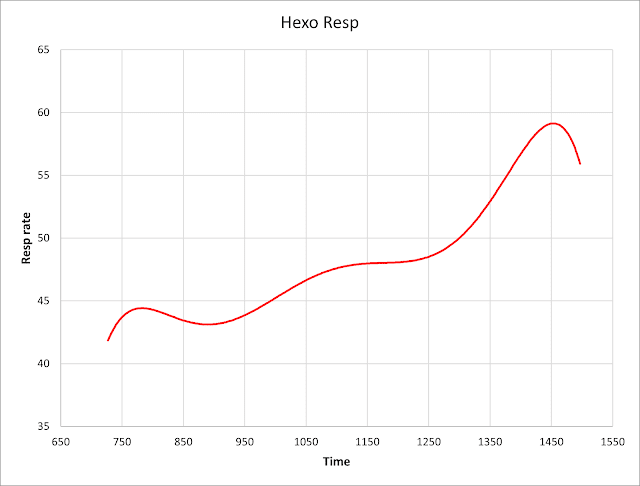 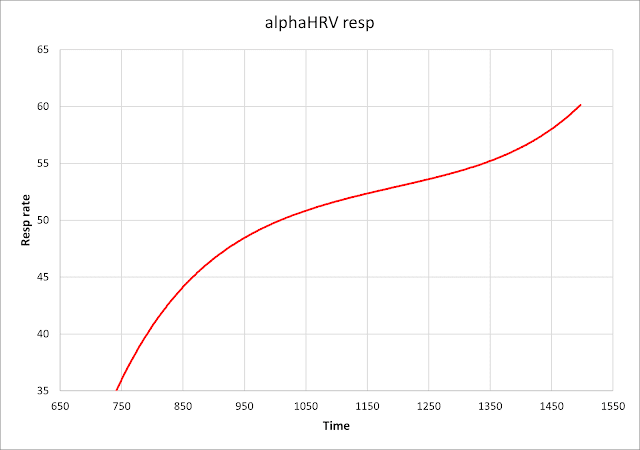 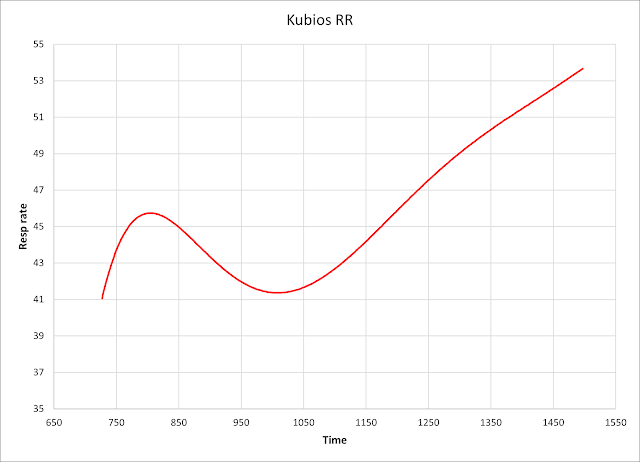 What about the Kubios + Movesense ECG? 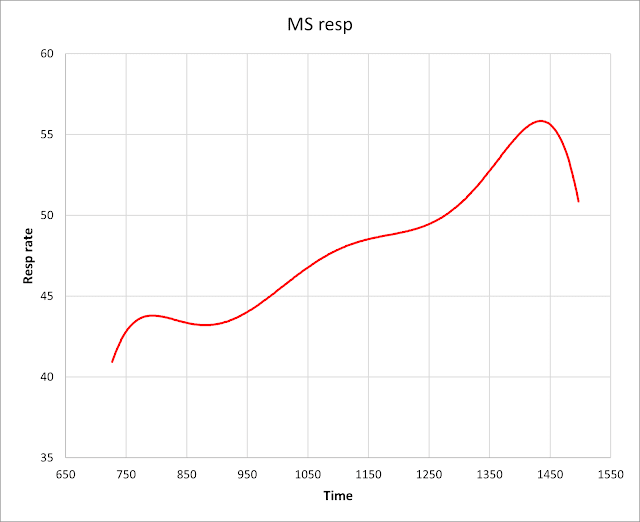