DFA a1 as a biomarker of fatigue - article review

Over the past year we have focused on using an index of short term correlation properties of HRV, also known as DFA a1, as a useful tool in delineating exercise thresholds and controlling training intensity distribution.  But, can we also use the relationship of a1 and exercise intensity to examine other issues?  Since a1 reflects changes in autonomic balance and overall "organismic" demand, there could be a shift in behavior after a fatiguing endurance effort.  In a previous post I discussed a personal observation demonstrating a change in a1 behavior post HIT.   There was a reduction in the HRVT (the a1 based aerobic threshold) after high intensity intervals but not after a session of cycling for 1 hour near the aerobic threshold.  So far, no published work has looked at a1 as a biomarker of endurance exercise fatigue.  However, an article looking at DFA a1 behavior post Ultra-marathon has been released today, which we will review (with thanks to the hard work of the volunteer runners, and coauthors).  Although one should read the original article for details, I wanted to add some additional comments and potential use case scenarios in using a1 to help monitor long distance endurance physiology either retrospectively or in real time.

The study - In brief, a group of experienced ultra marathon runners either ran for 6 hours or did usual daytime activity. Testing was done pre and immediately post run-(fatigue)/rest-(control).

Two weeks after collecting baseline demographic and gas exchange data, 11 experienced ultramarathon runners were divided into two groups. Seven runners performed a simulated ultramarathon for 6 h (Fatigue group, FG) and four runners performed daily activity over a similar period (Control group, CG). Before (Pre) and after (Post) the ultramarathon or daily activity, DFA a1, heart rate (HR), running economy (RE) and countermovement jumps (CMJ) were measured while running on a treadmill at 3 m/s

Running economy refers to the VO2 (oxygen consumption) per unit speed.  Since the speed was fixed Pre/Post, it was essentially the VO2.

In Pre versus Post comparisons, data showed a decline with large effect size in DFA a1 post intervention only for FG (Pre: 0.71, Post: 0.32; d = 1.34), with minor differences and small effect sizes in HR (d = 0.02) and RE (d = 0.21). CG showed only minor differences with small effect sizes in DFA a1 (d = 0.19), HR (d = 0.15), and RE (d = 0.31). CMJ vertical peak force showed fatigue‐induced decreases with large effect size in FG (d = 0.82) compared to CG (d = 0.02). At the completion of an ultramarathon, DFA a1 decreased with large effect size while running at low intensity compared to pre‐race values. DFA a1 may offer an opportunity for real‐time tracking of physiologic status in terms of monitoring for fatigue and possibly as an early warning signal of systemic perturbation.

Although it is difficult to include single subject time varying data as a statistical entity, I would like to show an example of one athlete.  Below is a time varying plot of a1/HR while running on a treadmill at an easy pace - comparing results before and after the Ultra run. 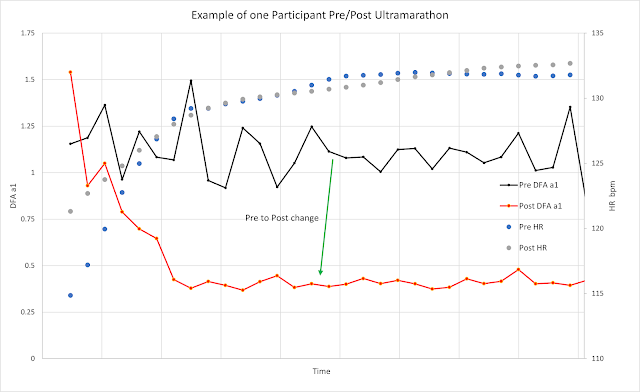 What about "conventional" HRV metrics (SD1 as the example): 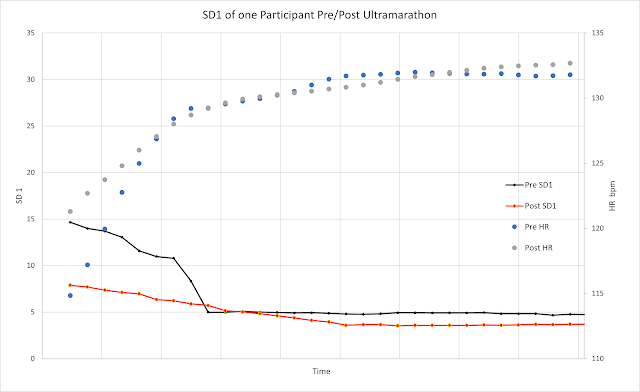 Practical implications of fatigue induced DFA a1 suppression.  Now that we have some solid data showing a1 behavior is affected after a fatiguing event, how can we leverage this information for training and fitness assessments?  Here are some theoretical use case scenarios employing DFA a1 for monitoring fatigue and ways to make use of this property (with statements from the article in quotation): 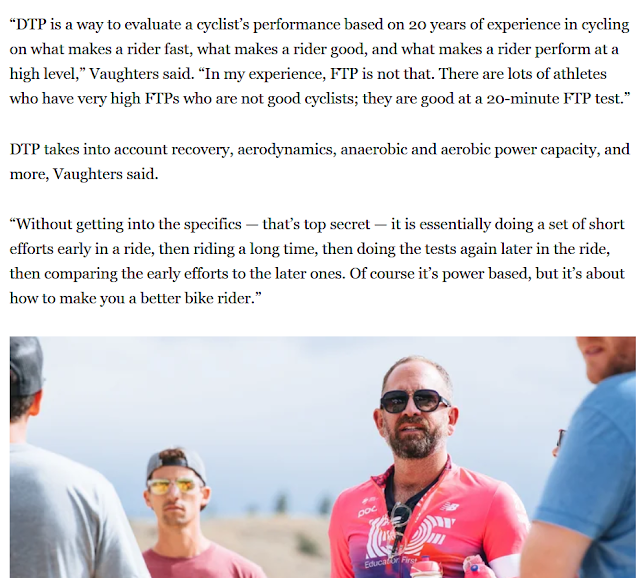 With a Polar H10, power meter, smartphone and Fatmaxxer/Runalyze/HRV logger we can do something similar.  How?  By monitoring power and DFA a1 after a lengthy exercise session with an eye on achieving a more robust a1 correlation (higher a1 values at the same power/interval workout) as you train and become more fit.

In addition, with the arrhythmia detection capability of Fatmaxxer and a Polar H10, potentially dangerous cardiac ectopy can also be spotted.

Others have recently written about this concept as a "durability" of performance over time and intensity:

This situation has also been spoken of and clear to athletes in the past:

This quote dates well before his last days - when still in his youth.  Although I couldn't find a video of the interview, I remember watching Lance speak during his last TDF.  He described how, at this more advanced age, recovery was not what it was as in his younger days. Although his peak values were still on par, he needed to carefully manage his efforts to preserve himself over the course of 3 weeks of racing - hence recovery potential.  With DFA a1, we have an objective measure of recovery comparisons.

In session "readiness to train"

Part 2 -
To train hard or not, that's the question

Now that we have an easy to implement way to capture HRV artifacts as ECG snippets with Fatmaxxer, I wanted to share a few tips and tricks for going through the visualization sequence quickly and with minimal cost.  If you have Kubios premium, just opening the .ecg file and viewing it is all we need:

But, for those who don't have Kubios premium, we need to rely on Excel.  The issue here is it can be time consuming to go through each segment one at a time to see what's there.  However, with the help of an Excel plugin which allows zoom and plot axis shifting, you can quickly scan through the ECG file and locate the areas in question for further analysis. 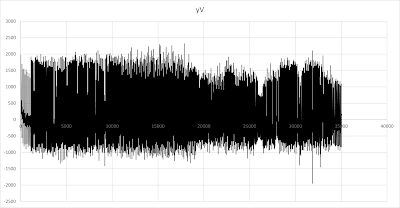 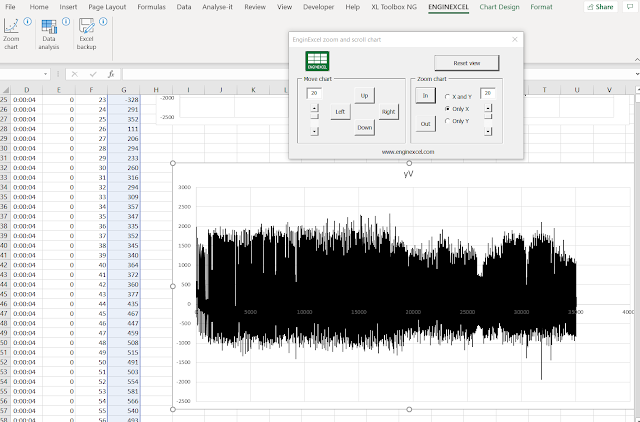 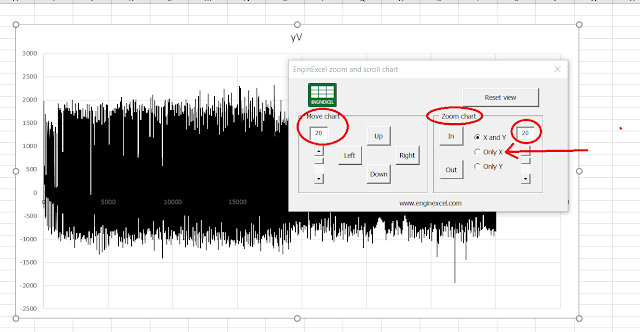 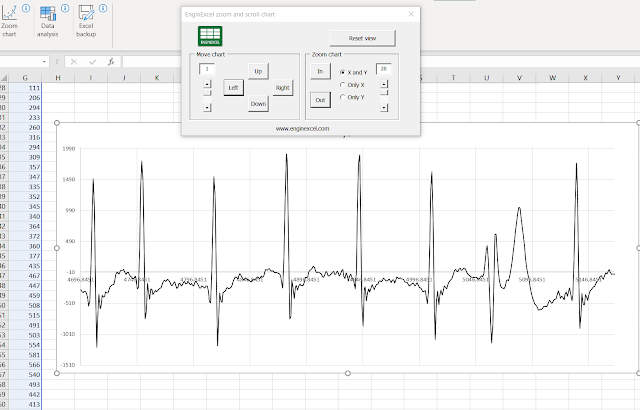 Comments on ECG reading from a single lead:

Recently I noted some wide complex beats in my own ECG strips and could not decide whether they were atrial or ventricular in origin.  Although atrial beats are usually of normal narrow appearance, occasionally they will show as wide complexes due to conduction system blockade (usually right bundle branch block).  The reason behind this is that the conduction fibers themselves have a non uniform refractory period, so the ventricle is not excited in the usual pattern.  There are a set of clues in making the decision on abnormal beat origin, of which some rely on the presence of beat timing (VPC does not reset the pacer but APC does).  But, some APCs do not reset the pacer, so we usually look at other leads to help decide.  Without those other leads, it can be problematic.

I asked for several opinions on this from both cardiology and ER docs (they did not agree). 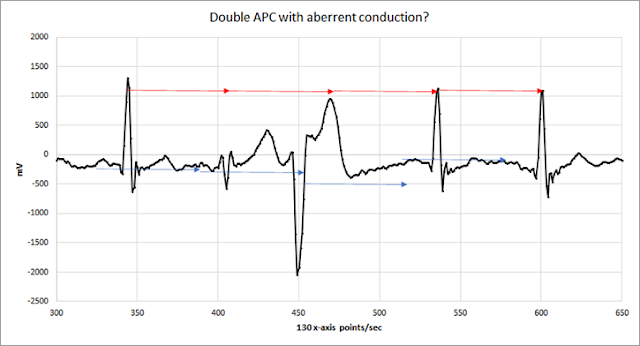 The cardiologist felt this was an APC with conduction delay, followed by a VPC.  However, the first APC did not reset the pacer. 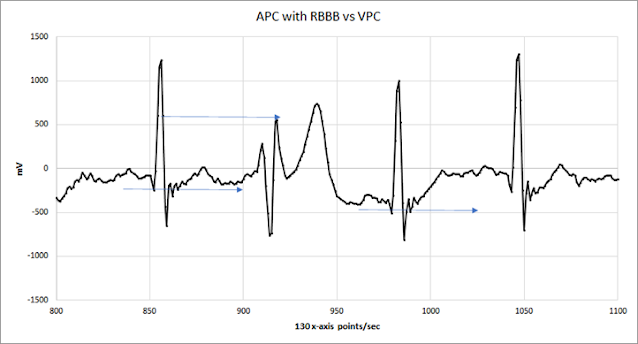 And this was felt to be a VPC.

The reason is based purely on the timing issue: 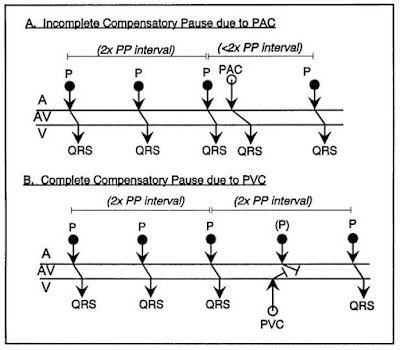 Bottom line - interpretation of wide complex beats using a single lead depends on timing, P wave visualization and can be difficult.  If you see many of these - get it checked out by an expert.