Runalyze vs Kubios DFA a1 agreement

See also -
Best practices for Runalyze and DFA a1 thresholds

Although HRV Logger is an option for real time and retrospective DFA a1 analysis, it does have some drawbacks.  The main one is lack of granular detail of the a1 since we are restricted to an every 2 minute data output.  In addition, concurrent power, pace or other graphics are not presented, plus it's agreement with Kubios can be problematic.  A web based training app, Runalyze has a fully featured training/data display and has recently adjusted their a1 calculations to perhaps be more accurate.  This post is going to examine that.

Three separate cycling sessions will be presented. All used the Polar H10 with files containing artifacts below 2%.  The Garmin fit files are simply interpreted either by Kubios or Runalyze.

This session contained a ramp I did just before a Covid vaccine and was part of an older post: 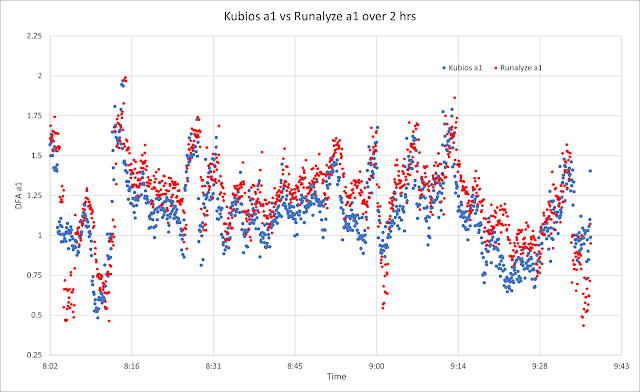 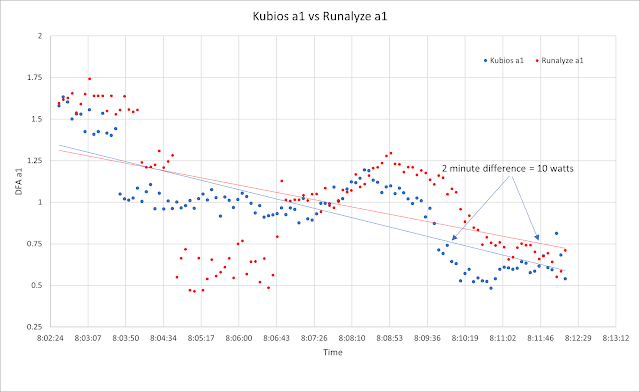 Another example - A 2 hour cycling session with exploration of the MLSS (15w above and below for 6 minutes each).  Orange is rectus femoris muscle O2 which drops as the MLSS is passed.  The a1 in red is from Kubios. 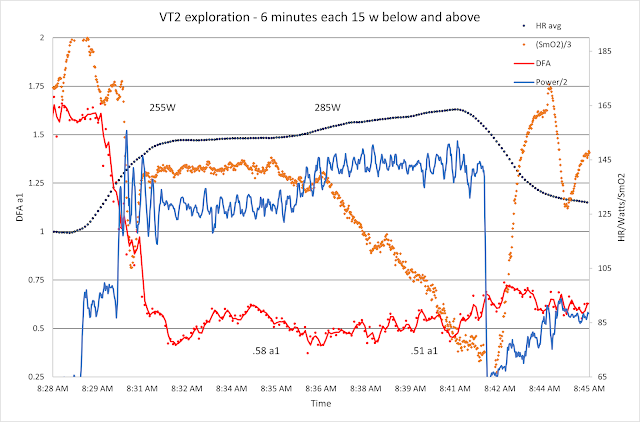 Entire 2 hour comparison of a1: 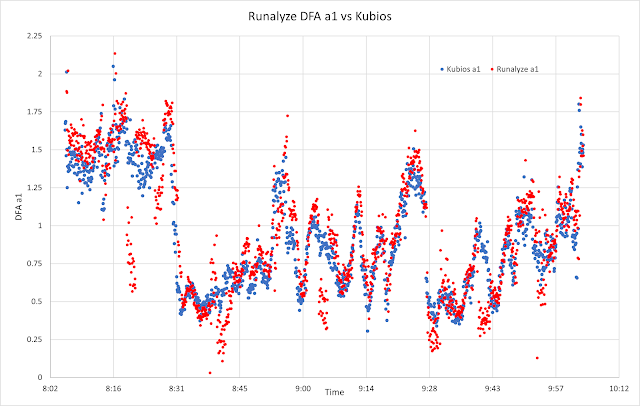 Zoomed view around the MLSS plus/minus 15w x 6 minutes each with post HIT a1 suppression: 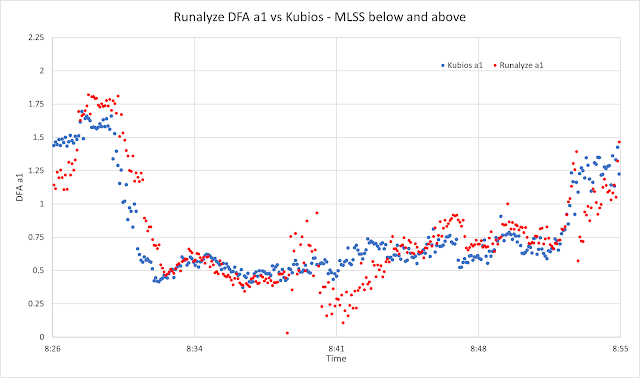 Lastly, on a different day, a 5 minute, near max effort zoomed: 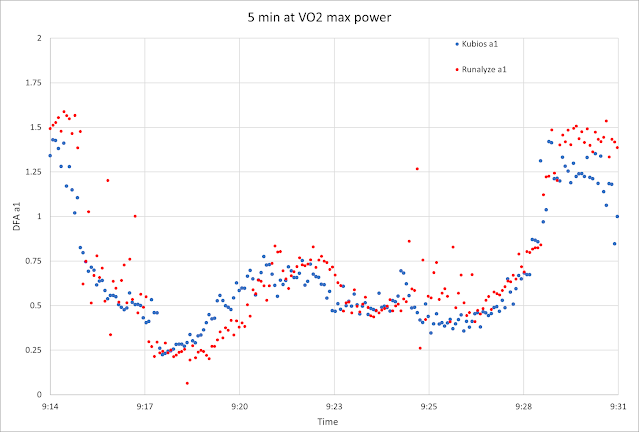 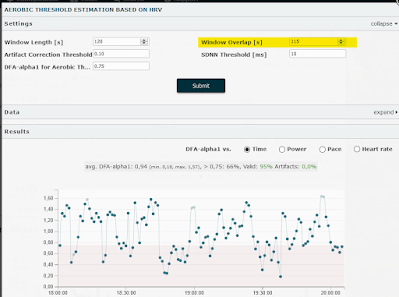