One of the most frustrating issues with analyzing DFA a1 during exercise has been the occasional athlete who exhibits the "low a1 while running syndrome".  The hallmark of this phenomenon is that the person will have reasonable behavior of a1 during an incremental ramp or series of progressive efforts while cycling, but have abrupt a1 suppression (with no further dynamic range of decrease) during even easy running.  Since a possible cause may be some sort of electromechanical artifact, a potential fix or partial mitigation could be through stabilization of the chest wall with a compression garment.  The following post will explore this in one individual who was kind enough to share his bike, run and compression shirt data.  All recordings were made with a Polar H10 over the past 2 months.

To start with, we need to document "normal" a1 behavior during cycling.  In the following, our friend cycled at different intervals of power and we compared HRV logger data to Kubios.  The HRVT was roughly at 210 watts or 132 bpm with good HRV logger agreement clinically to Kubios. 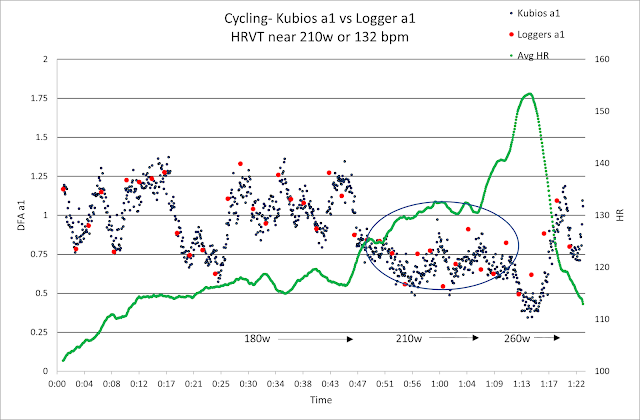 Low DFA a1 while running:

The next tracing was done while running at an easy pace until the end, where a sprint was done.  Since this was the first run done with HRV logger, our runner was perplexed as to why the a1 was so low with minimal effort and why it did not drop at the end during the sprint. 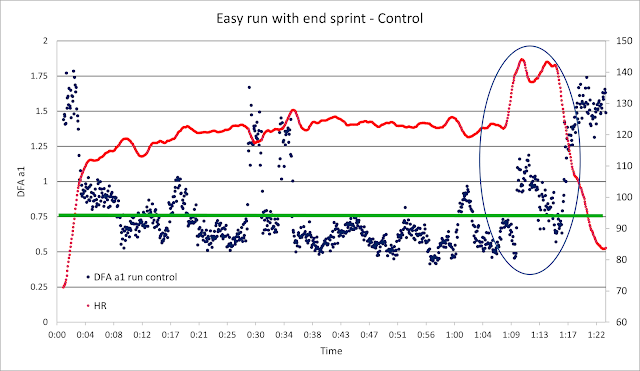 Here is a histogram of the a1 values (minus the rests): 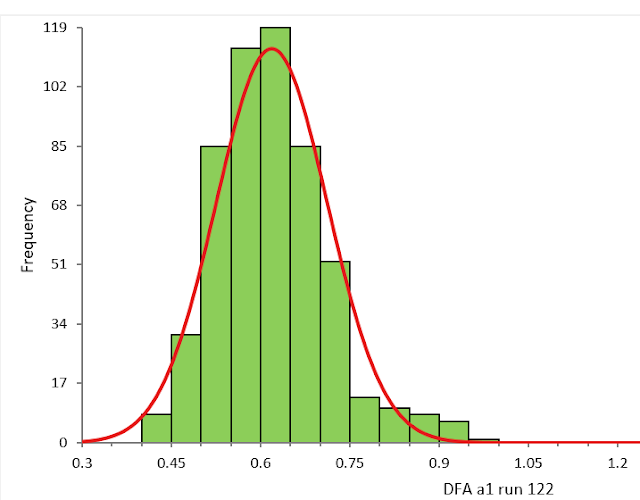 The possible fix - stabilization with a compression garment

The following tracing was done with the same HRM (H10) but our runner wore a compression shirt (Underarmour) and positioned the HRM belt higher to make sure the shirt compressed the belt with appropriate tension.  It was still an easy-moderate run but done at a higher average HR/pace than above and also followed by a sprint. 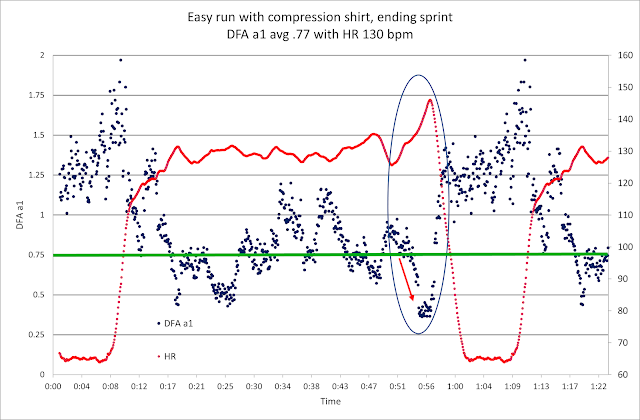 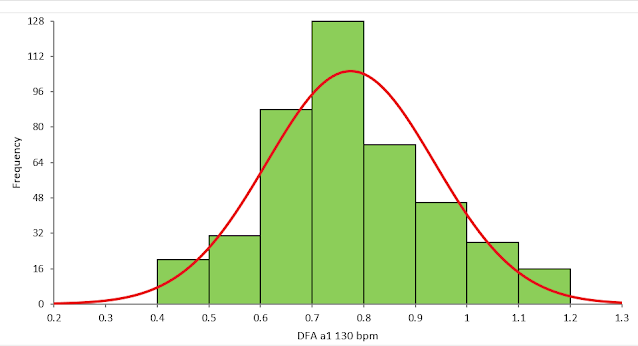