DFA a1 and optimal HRM position

Over the past several months, we have examined various factors that could affect DFA a1 values.  Since this index depends upon fractal correlation patterns of cardiac beat intervals, precise measurement and proper algorithmic processing is essential.  Therefore, excess artifact correction, sub optimal preprocessing (detrending of data) and poor R wave definition can all bias the DFA a1 value, resulting in erroneous intensity thresholds and exercise load management guidelines.  The "low a1 while running" issue may yet represent another factor biasing the true measurement of this index.  Along the path of seeking better DFA a1 accuracy, I have noted (and posted) that depending on ECG electrode placement, different DFA a1 can values occur.  More recently, while looking at 12 lead ECG exercise ramp recordings (thanks to TG), I was astonished that depending on the lead selected to import into Kubios, quite different DFA a1 curves were produced.  This post is an initial exploration into HRM belt placement and DFA a1.  After reading through this material, you may want to consider a modified HRM placement for optimal a1 results and/or tinkering with position to prevent the "low a1 while running".

Depending on where on the body we measure the electrical activity of a cardiac cycle, different waveform shapes will be produced.  Here is a rough guide on conventional ECG leads FYI. 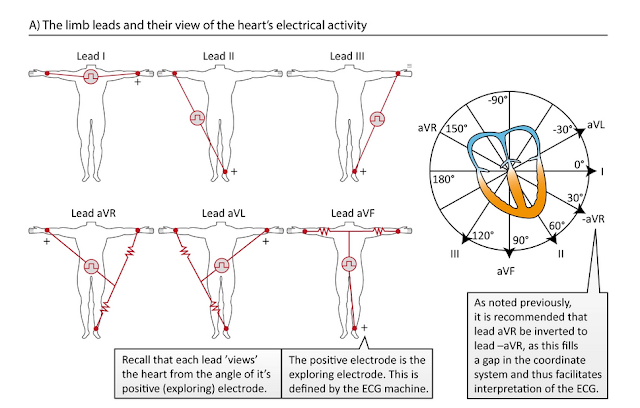 There is also a concept called axis deviation - axis referring to the net electrical activity observed.  If one chamber enlarges, the axis may change.  It can also change with breathing 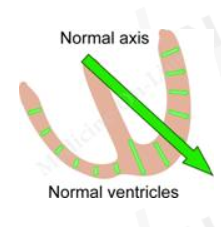 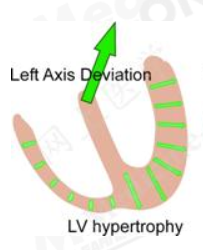 It has been shown that ECG lead placement does have an effect on both waveform signal and conventional HRV indexes.  Let's review the study done (healthy subjects at rest in supine position).  Although they did not perform standard 12 lead ECG's we still can get a sense of what is occurring.

Here is a representative comparison of the leads tested (lead 2 is the closest to standard HRM belts placed in the center of the chest). 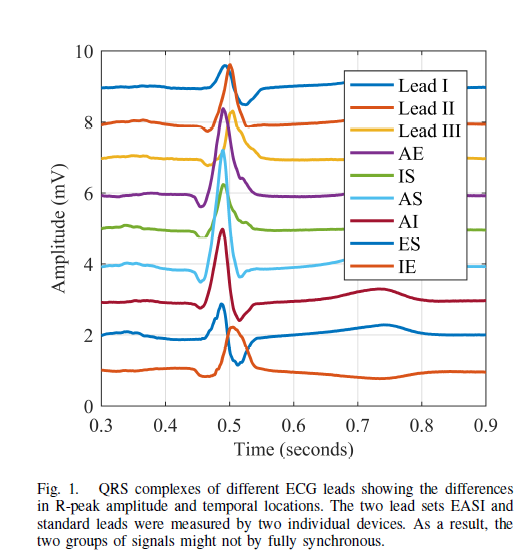 We can see that the voltages and "sharpness" of the R peak are all very different.

The voltage comparison per lead:

Although lead 2 did have a better R peak than most, there was tremendous variability in signal voltage (especially lead 3 which is in a location very "near" lead 2).

This was reflected in the differences between an averaged value (based on all leads) and each individual lead: 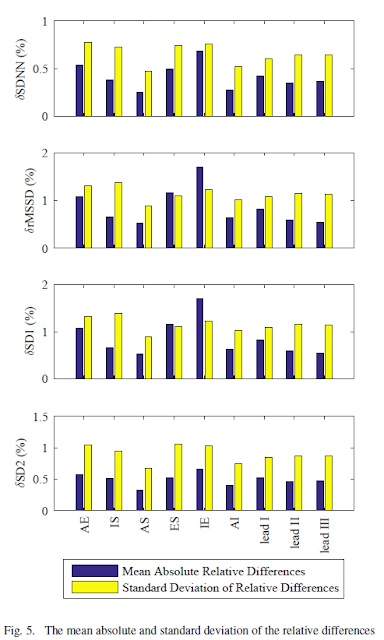 Although they conjectured about the respiratory change, it is well known that cardiac axis will shift with respiration.  What is cardiac axis - as noted above, it's the net electrical direction of heart muscle electrical activity.  Cardiac axis (and therefore waveform) will change during breathing and position

Although I did not recognize why at the time - my previous guess that my Movesense ECG waveform distortion was caused by diaphragm activity was somewhat partially correct.  But it's not diaphragm muscle EMG distortion, it is actual cardiac axis shift when the HRM belt is in that particular location.

First - a 12 lead ECG Ramp (sample rate 500 Hz) in an experienced triathlete:  This was analyzed by Kubios and represents the same ramp/time sequence. We are looking at 3 leads - Lead 2, V3 and V5. 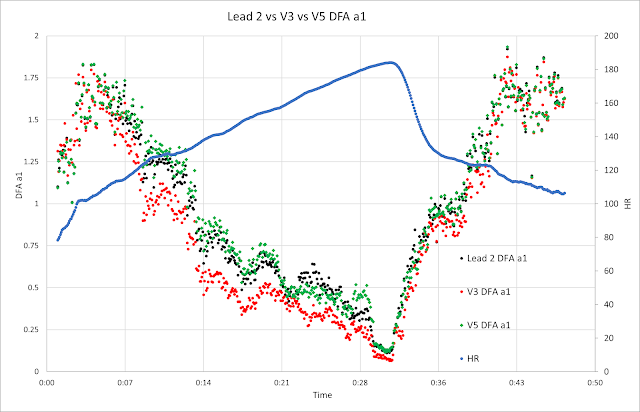 How do the waveforms look? 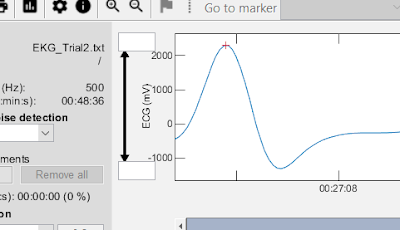 Waveforms with a Movesense ECG belt

Sensor placed by the Axilla: 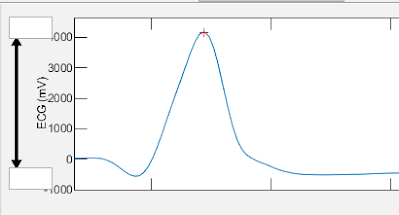 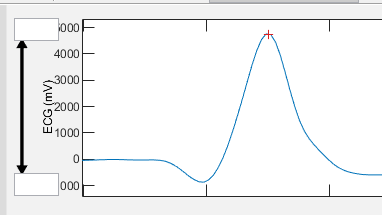 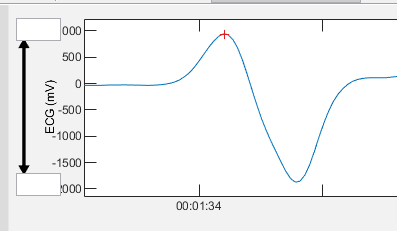 Can the phenomena of HRV bias occur with conventional HRMs like a Polar H10?  To answer that question, I did a series of ramps wearing 3 HRMs (2 x H10 and a Movesense ECG). 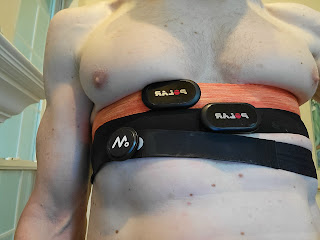 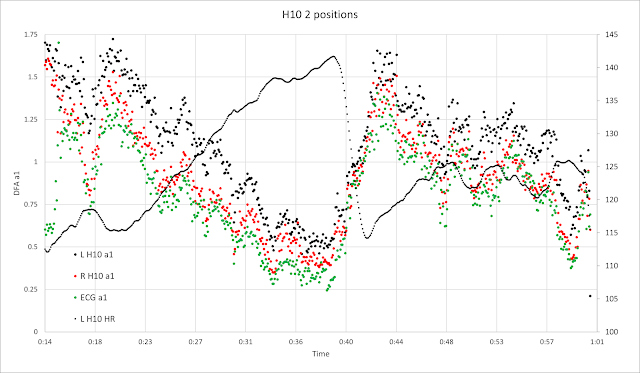 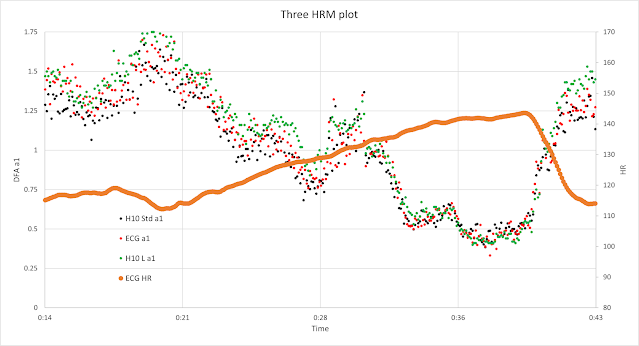 Let's zoom in on the 2 identical intervals just after the mid portion: 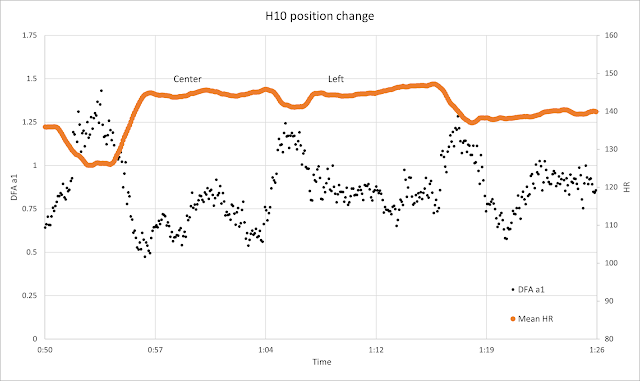