DFA a1 HRVT and ramp slope

One topic we have not explored is the effect that ramp slope (rate of power/speed increase) could have on the HRVT (1 and 2).  Ramp slope does not appear to have a major effect on gas exchange parameters such as the VT1 or VO2 max, but it does affect corresponding cycling power (and muscle O2 desat).  The idea behind this issue is that there is a lag between what is going on in the muscle and the associated ventilatory metrics.  However, since HR is usually a linear function of VO2 (up to the VT2 at least), HR at the VT1 appears to be an accurate measure.  Does that apply to the HRVT as well?  On one hand there may be a lag in autonomic balance, causing a delay in a1 drop with a quick ramp.  In addition, we are looking at 2 minute window sampling in a1 computation, another potential area for lag in response.  However, it would be nice to have a shorter test to obtain readings for many reasons.  Therefore I decided to do a 30w/minute cycling ramp instead of my usual 5w/minute standard.  In addition, the end ramp power was planned to be well above the MLSS (but not to exhaustion) to make sure the a1 drop was sufficient.  As in previous tests, time of day, sleep,  nutrition, temp, fan, cycling gear were all similar.  The 5 w/min ramp was done from 130 to 230w (20min) and the 30w/min ramp from 100 to 340w (8min). 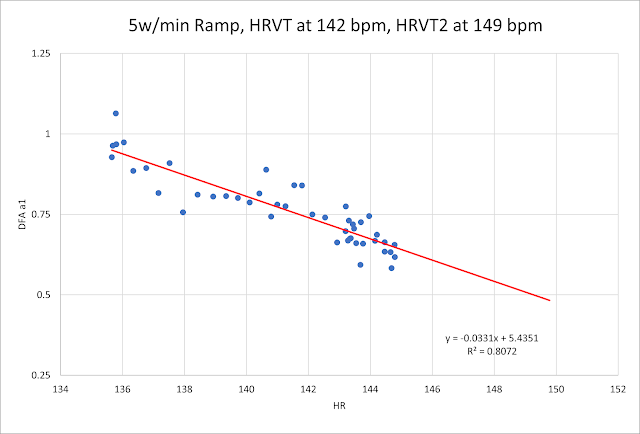 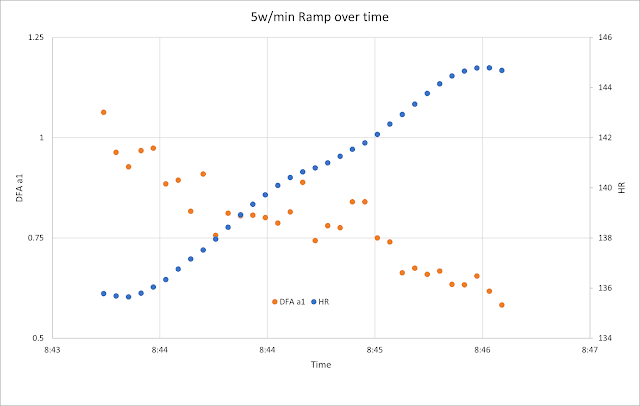 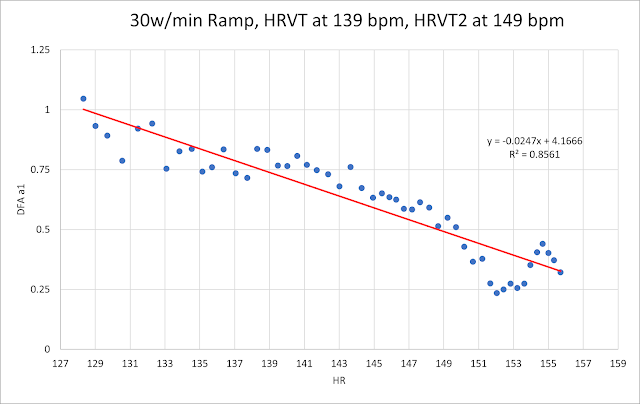 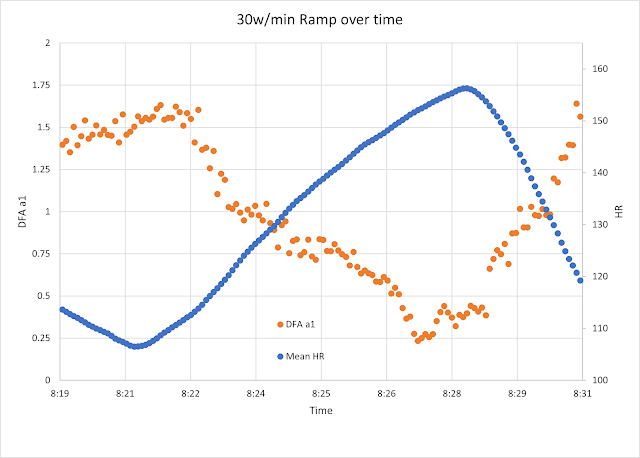