Up until now, there have been 3 studies examining the relationship of the aerobic threshold exercise intensity with that of where DFA a1 crosses 0.75 -

Therefore, although many of us are using the index during cycling activities, there are no published studies validating use DFA a1 with this particular exercise type (yet).  Today, the journal Sports has published our article - An Index of Non-Linear HRV as a Proxy of the Aerobic Threshold Based on Blood Lactate Concentration in Elite Triathletes. This report did use a cycling model and will be briefly discussed below. 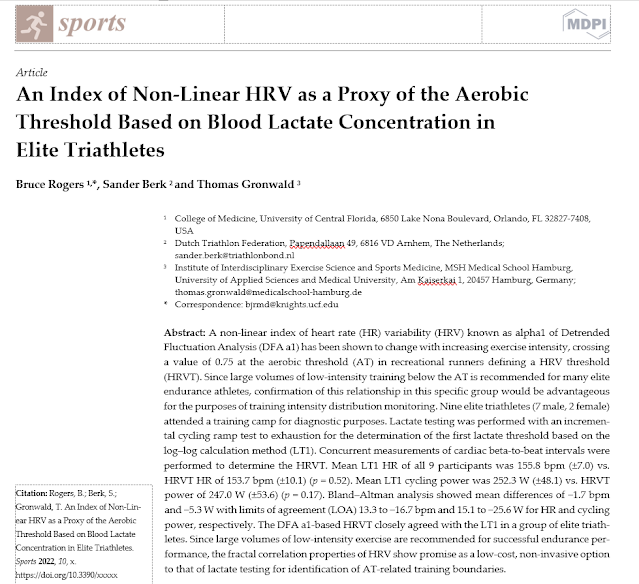 The article is a relatively straightforward read and should be a review for most users of the index.  However, instead of using gas exchange to obtain the AeT (VT1, GET), a lactate based protocol was used.  This was the "normal operating procedure" during the training camp, for the team we followed.  As I discussed previously, lactate threshold determination is not universally agreed upon - therefore, results could have been different with variations of threshold concepts.

As usual, many thanks to co authors Sander Berk and Thomas Gronwald and the athletes participating in the training camp.

The bottom line of the study was that yes, the LT1 (via log-log method) agreed closely with that of the HRVT in a group of elite triathletes (2 of them women).  Although the match in each individual was not perfect, it was in line with other studies that looked at the agreement between the VT1 with the LT1.

As part of my habit of adding a little bonus material to the published work, the following is a set of plots detailing the HRVT and lactate trajectories of one participant.

This was a female triathlete, testing protocol as per the above article.

LT1 from log-log plotting (we actually used the formula from Newell et al, but the results were identical to this graph): 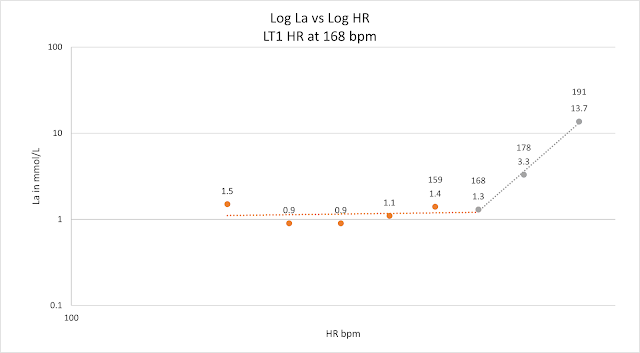 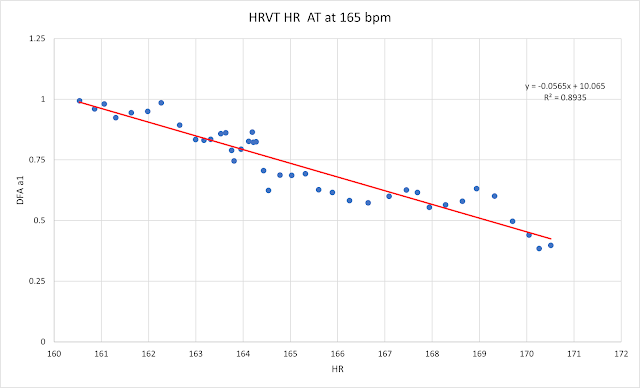 Analysis of power at LT1 and HRVT power were done with different methodology (see article if you are interested).